This time, we look at what the real numbers tell us about gun violence in those states. All these figures are based on data from the Centers for Disease Control & Prevention’s Fatal Injury Report for 2016.

While Mississippi is near the top no matter how you look at it, when it comes to homicide rates, it falls to third.

America’s homicide hotspot is actually the District of Columbia, which has such tough gun laws, they have twice been ruled unconstitutional. The District’s homicide rate has been at the top or near the top of the chart for a number of years.

No. 2 Kansas falls all the way to No. 28. Third-place Missouri drops only to No. 5, mostly because of St. Louis. Arizona falls from the No. 4 position all the way down to No. 24. No. 5 Idaho is one of my favorites: it’s near the bottom at No. 49 when it comes to gun murder rates.

Wyoming occupies the No. 6 spot in the Business Insider rankings but in terms of actual gun violence, it’s No. 37 on the list.

Nearly 73% of Alaska’s gun deaths are suicides. Since it has a small population, any murders at all result in a high rate. Still, it falls from No. 7 to No. 13.

Louisiana is an outlier. A higher percentage of gun deaths in the Pelican State are due to homicides. Because of this, it climbs from No. 8 to No. 2, right behind the nation’s capital.

Kentucky drops from No. 9 to No. 17 on the homicide hit parade. 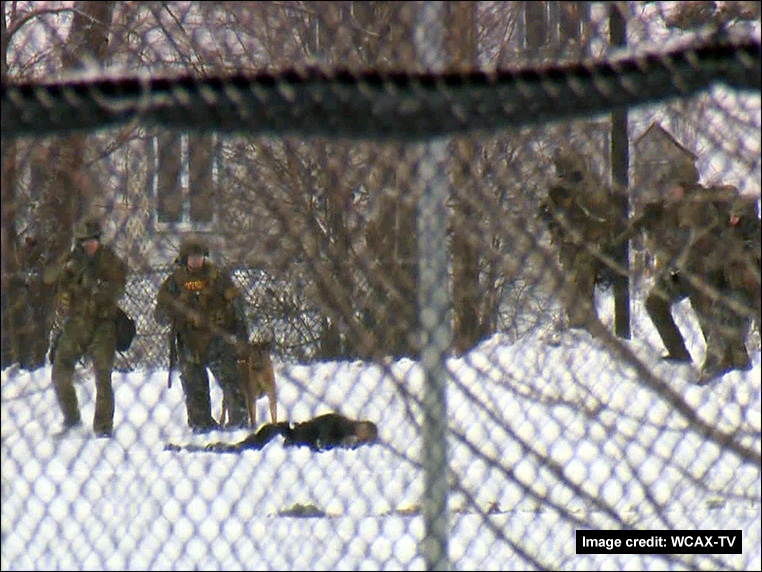 I actually chuckled when I saw Vermont listed at No. 10. Not just because it ranks dead last in the number of murders and comes in at No. 48 based on homicide rate, but because of the photo used by Mr. Brown.

Brown’s caption reads, “Police surround a man felled by shots while walking with a gun on the grounds of Montpelier High School, Tuesday Jan. 18, 2018, in Montpelier, Vt.”

Very creative captioning – as long as the reader doesn’t check the facts. The picture actually shows the police surrounding the body of a man they had just shot. He was suspected of robbing a nearby credit union. As he tried to flee, the man was caught on the football field at Montpelier High School. Instead of surrendering, he approached police while holding a handgun. As would be expected, the police opened fire and killed him. So instead of a comment on gun violence, the photo captured from the WCAX video shows something totally different.

If the states on Brown’s list got shuffled around, what happened to all those spaces left open?

As is clear from the map, strict or lax gun laws seem to have little impact on homicide rates – which are the true measure

Let’s play with the numbers one more time. States where murders account for the highest percentage of total gun deaths should logically be more scary.

Here’s the Top Five with percentages and their Giffords Law Center Grade:

At the bottom of the chart are:

So when it comes to people killing other people with guns, Giffords gives great grades to some states where homicides are more common than suicides. That’s why it’s important for them to include suicides, accidents and anything else they can blame on a gun to make the numbers look more threatening.

Note: Despite the high percentage, New Jersey has a homicide rate that is well below the national average. It’s actually No. 30.