The Guardian’s U.S. edition invited the editorial staff of the Eagle Eye, a student publication at Marjory Stoneman Douglas High School, to oversee the paper’s reporting on the March for Our Lives protests that took place on Saturday, March 24 in Washington and many cities around the U.S.

On the Friday before the protest, the editors presented “Our manifesto to fix America’s gun laws“.

My intent is not to be critical of the student movement or the protests. Instead, I want to point out some bad information and some erroneous beliefs contained in the manifesto itself.

What constitutes “high-velocity”? The .223 Remington cartridge comes in different bullet weights and configurations which affect velocity. Since it uses a small bullet the velocities are fairly high, ranging from 3,050 feet per second (fps) to 3,550 fps. Many far more powerful cartridges popular for hunting travel at lower speeds.The .45-70 Government bullet, which dates back to the 19th Century, leaves the barrel at a leisurely 1,800 fps but it will drop a bison. 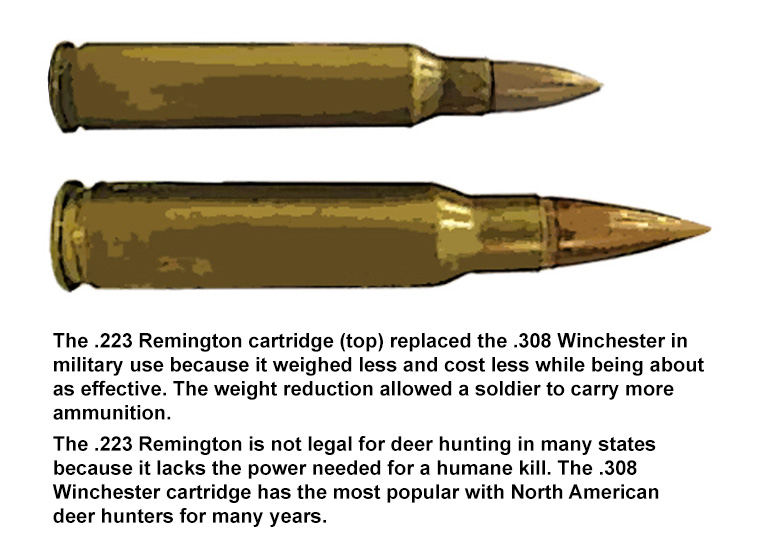 Civilians shouldn’t have access to the same weapons that soldiers do. That’s a gross misuse of the second amendment.

Up to the adoption of the M14 rifle in 1957, every firearm used by the U.S. military was available to U.S. citizens. Hundreds of thousands of military firearms were sold and are still sold to private citizens by the U.S. government.

The standard-issue rifle currently used by soldiers and other military personnel is not available to private citizens. That’s because they are selective-fire and no selective-fire weapons manufactured after May 19, 1986 can be sold to civilians.

These weapons were designed for dealing death: not to animals or targets, but to other human beings. The fact that they can be bought by the public does not promote domestic tranquility. Rather, their availability puts us into the kind of danger faced by men and women trapped in war zones.

This situation reflects a failure of our government. It must be corrected to ensure the safety of those guaranteed the rights to life, liberty and the pursuit of happiness.

The government did not fail in regards to the Smith & Wesson M&P-15 rifle that Cruz used. It regulates the M&P-15 in exactly the same way it regulates any other semi-automatic rifle: it regulates what the rifle does, not what it looks like. The M&P-15 meets the requirement that a rifle be limited to a single shot per pull of the trigger, have a barrel at least 16 inches long and have a total overall length of at least 26 inches.

The Constitution, which provides the legal basis for our government, does not include rights to life, liberty and the pursuit of happiness. Those they appear in the Declaration of Independence as being an endowment of the Creator. The closest that the Constitution comes to mentioning those rights is the Fifth Amendment’s requirement for due process before the government can deprive a person of life, liberty or property.

High-capacity magazines played a huge role in the shooting at our school. In only 10 minutes, 17 people were killed, and 17 others were injured. This is unacceptable.

That’s why we believe that bump stocks, high-capacity magazines and similar accessories that simulate the effect of military-grade automatic weapons should be banned. 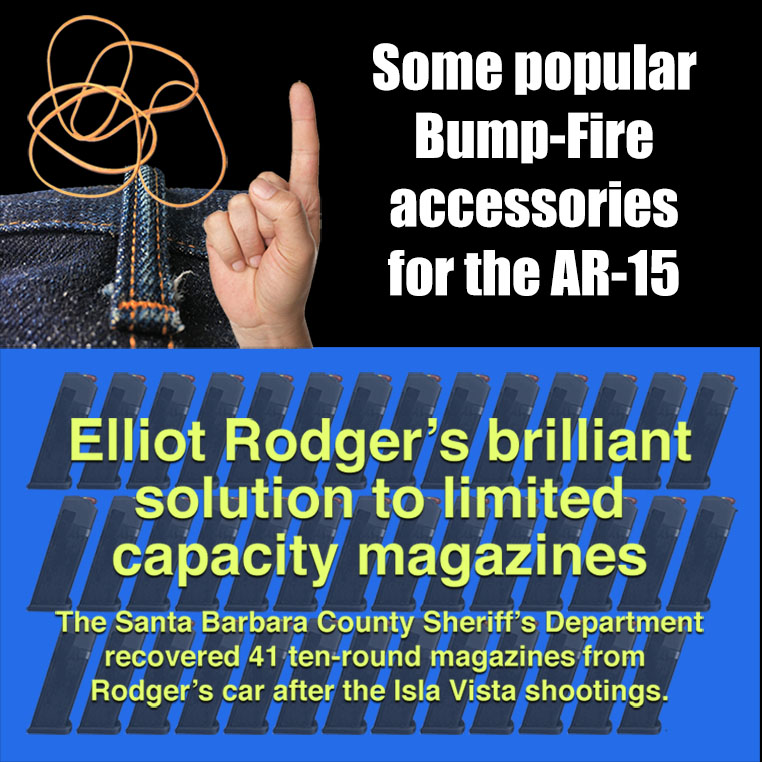 A bump stock does simulate an automatic weapon’s rate of fire. So does sticking a finger in the trigger guard and hooking that finger into a belt loop.

Establish a database of gun sales and universal background checks

We believe that there should be a database recording which guns are sold in the United States, to whom, and of what caliber and capacity they are.

Just as the department of motor vehicles has a database of license plates and car owners, the Department of Defense should have a database of gun serial numbers and gun owners. This data should be paired with infractions of gun laws, past criminal offenses and the status of the gun owner’s mental health and physical capability.

Together with universal background checks, this system would help law enforcement stop a potentially dangerous person before they commit a gun crime.

This is a call for registration which is prohibited by federal laws and the laws in some states. These laws can certainly be changed, but there are some serious challenges.

Certainly there are no technological bars to recording the firearm’s manufacturer and serial number along with the name and identification number (driver’s license or other photo ID) of the purchaser. The manufacturer and serial number will provide the data on the gun and the personal identification will provide the data on the purchaser including criminal record, if any. But this is only true for sales made by federally licensed dealers.

Universal background checks require universal registration. Since the government does not have records of what citizens own guns and what guns they own in most states, the only thing it has to work with is the original sale by a licensed dealer or subsequent sales if the gun was sold or traded in to a licensed dealer. To complicate matters, sales made before October 1968 did not require the recording of information that became mandatory in that month. Guns last a long time and if they have not been traded or sold to a licensed dealer since the original sale, there is no paper trail that would lead to the current owner. Some firearms that have been passed down through generations may never have been recorded at all.

The other challenge is compliance. Americans have long been reluctant to give information to the government. In today’s world of data mining and security breaches, it’s difficult to blame them.

When it comes time to a citizen to tell the government whether or not they have exercised one of their basic civil rights, the reluctance is likely to be even more pronounced.

Incidentally, motor vehicle departments are state agencies. I don’t believe the federal government has a list of drivers’ licenses. The Department of Defense has nothing whatsoever to do with civilian firearm sales (other than the disposal of surplus military firearms). The Bureau of Alcohol, Tobacco, Firearms and Explosives is part of the Department of Justice.

There’s more of the manifesto but that’s for another article.